20 sitting MLAs from Eastern Nagaland to take part in elections

Of the 60-member Nagaland legislative Assembly, there are 20 legislators from six districts of Eastern Nagaland. 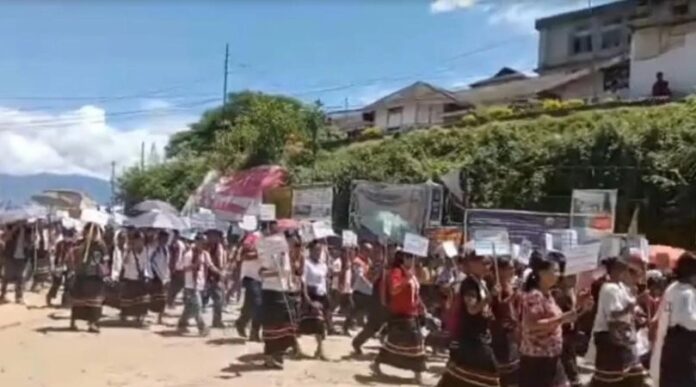 In a new twist to Nagaland politics, Eastern Nagaland Legislators Union (ENLU) on January 23 decided to take part in the upcoming elections to the 14th Nagaland Legislative Assembly slated for February 27.

Of the 60-member Nagaland legislative Assembly, there are 20 legislators from six districts of Eastern Nagaland.

“In an emergency meeting held on January 22 pertaining to the ENPO resolution to abstain from the 14th NLA elections, after a thorough deliberation the house resolved to participate in the upcoming election since the election has been notified by the election commission of India (ECI) on January 18,” an official statement of ENLU said.

The legislators have argued that the schedule for the elections was announced prior to the ENPO resolution.

The ENPO directed all the apex tribal bodies of Eastern Nagaland not to proceed with any assembly election campaign.

“The order will be in force until the demand for separate statehood does not get fulfilled,” the order stated.

ENPO has decided to boycott the upcoming assembly polls if their demand for a Frontier Nagaland is not met.

“That any official of ENSF, federating units and its unit holding any designated posts are directed to resign or withdraw from any political party entity and affiliation at the earliest,” it said.