The war memorial, located in the picturesque township of Tawang, commemorates the martyred soldiers of the 1962 war. 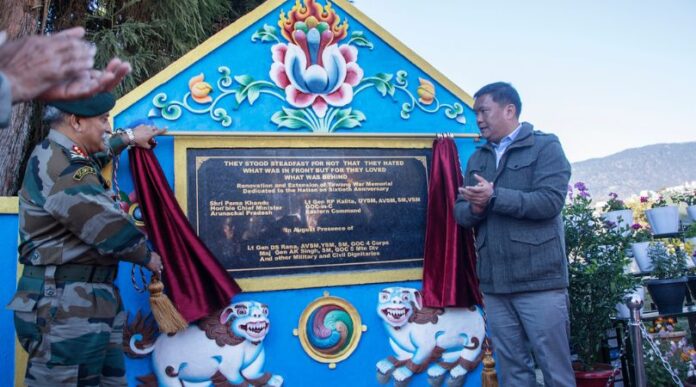 The war memorial, located in the picturesque township of Tawang, commemorates the martyred soldiers of the 1962 war.

Khandu, who paid his respects to the martyrs of the 1962 war at the memorial, reaffirmed that 1962 is history and will never be repeated ever.

“In 1962, the scenario was very different. The infrastructure in the region was very poor. Despite that, the Indian Army fought bravely and sacrificed thousands of lives to protect the motherland. But today, we are not what we were in 1962,” Khandu said.

Khandu credited the Central government that came to power under Prime Minister Narendra Modi in 2014 for the infrastructural boost in Arunachal Pradesh and the Northeast.

“The vast infrastructural development in the last eight years witnessed in the region, particularly along the border has been unprecedented. It is benefitting not only the civilians but has strengthened the presence and logistics of the Indian Army in leaps and bounds,” the Chief Minister pointed out. 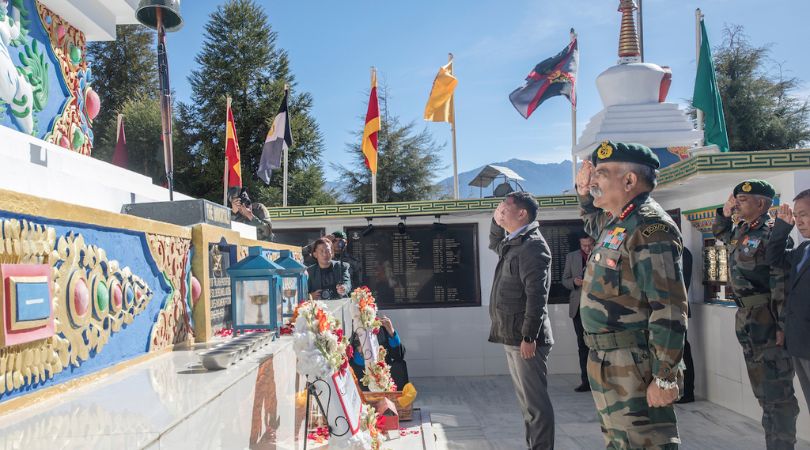 Khandu informed that in the coming year highways will be built along the border from Arunachal’s west to east.

“The Ministry for Road, Transport & Highways recently sanctioned road projects worth Rs 1.65 lakh crore for the Northeast and at Rs 44,000 crore, Arunachal Pradesh is the highest recipient among the north-eastern states,” he informed.

Khandu said that a two-lane 1,465-kilometre Frontier Highway will be undertaken by MoRTH at an estimated cost of Rs 27,349 crore that will change the road connectivity scenario along the border from Arunachal’s extreme east to west.

“Being witness to the love and attention by the central and state government for the welfare of the soldiers posted at border outposts, the morale of our soldiers is very high. The same is the case with our civilians residing in border areas. They are ready to fight any enemy contingent shoulder to shoulder with the Indian Army,” Khandu also said. 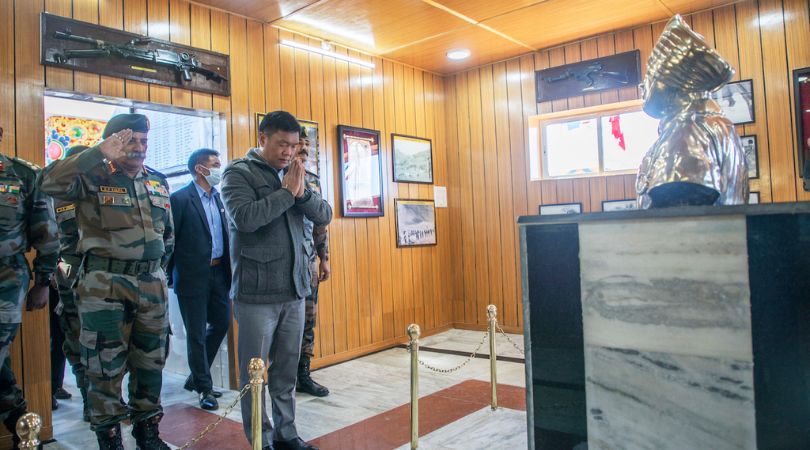 On the occasion, Khandu also inaugurated the newly constructed ‘Veer-Aangan’ or courtyard of Bravehearts alongside the War Memorial, where the busts of brave soldiers who laid down their lives in the Sino-India war are installed besides dedicating to the people a renovated Light and Sound theme park.

The Chief Minister informed that these were part of the first phase of a project initiated by the state government. He expressed optimism that work on the second phase, which has already been approved, will begin soon, which is the construction of the Major Bob Khating Memorial.

To mark the occasion, the Army felicitated several local veterans of the 1962 war.