The Indian Army and the Assam Police have been jointly operating against the insurgents in the state since the 90s. 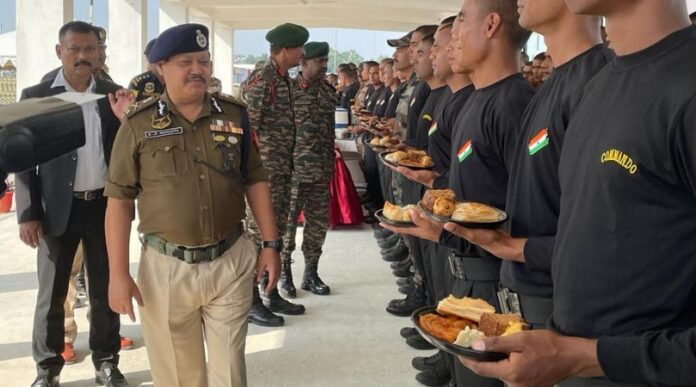 To improve the police force, army officers have now been engaged to train the new Assam Police recruits in various locations around Assam and Meghalaya.

While addressing the police trainees GOC, 4 Corps, Lieutenant General Dinesh Singh Rana motivated the trainees and highlighted the importance of quality training being imparted by the Indian Army to assist the future custodians of law and order in dealing with any situation.

General Rana complimented the trainees for getting selected through a rigorous selection procedure and exhorted them to always adhere to the motto of Assam Police, that is, “Always at Your Service”.

The Indian Army and the Assam Police have been jointly operating against the insurgents in the state since the 90s. These joint operations have played a major role in bringing normalcy to a very large extent in the state of Assam.