The incident has forced the state police to close the inter-state border through Jorabat fearing further escalation of tension among the people of the two neighbouring states. 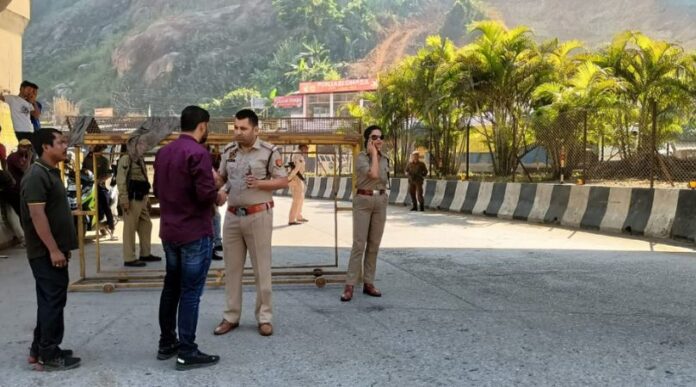 The Assam government has ordered a judicial probe into the killing of six persons in an “unprovoked firing” by a joint team of Assam Police and forest personnel at Mukroh under Jirikinding Police Station in West Karbi Anglong district bordering West Jaintia Hills district of Meghalaya on November 22.

“A judicial inquiry will be conducted by a retired judge of Gauhati High Court to find out the causes and circumstances leading to the incident,” Assam Chief Minister Himanta Biswa Sarma told the media.

The chief minister also assured its Meghalaya counterpart that all possible help will be extended, including a judicial probe into the incident.

The incident has forced the state police to close the inter-state border through Jorabat fearing further escalation of tension among the people of the two neighbouring states.

Several hundreds of vehicles, specially small cars and tourist cabs were seen stranded on the GS Road near Jorabat due to suspension of vehicular traffic between the two states since Tuesday morning.

“As per the directive of higher authority, we have blocked the movement of all vehicles heading towards Shillong. This restriction will also continue tonight. Further course of action will be decided depending on the situation,” said Kapil Pathak, officer-in-charge of Jorabat police station.

An alert has been sounded in all districts bordering Meghalaya and their police has been asked to remain vigilant.

“All superintendents of police of districts along Meghalaya have been told to keep a strict watch on any possible law and order situation. But there is no restriction on movement of vehicles or people along the inter-State border,” a senior official of Assam Police here said.

“A mob of 200 to 300 people from Meghalaya side gheraoed a joint team of police and forest personnel which seized a Shaktiman truck carrying illegal logs felled in a reserve forest. The area falls under Southern Forest Range. Finally, the joint team resorted to firing to disperse the mob. The mob also fired at our people,” said Rajiv Engti, divisional forest officer (DFO), Hamren Forest Division.

Of the six deceased, there was a forest guard from Assam identified as Bydyasing Lecthe, his body was also taken by Meghalaya Police for postmortem.

The area falls under Block I of Karbi Anglong, which has been claimed by Meghalaya as its area, leading to a dispute between the two states.

“A joint team of police and forest personnel intercepted and stopped a shaktiman truck at Mukru area carrying the illegal timber towards West Jaintia Hills district around 3 am. The incident took place when the team tried to bring the truck to the forest beat office today morning,” Ali said.

“The truck driver and handyman and another person were caught, though others managed to escape. After the police reached the spot, a large number of people from Meghalaya gathered at the spot around 5 am. The mob gheraoed the forest guards and the police personnel demanding immediate release of those arrested and attacked them which prompted the police to resort to firing to bring the situation under control.

“They were also armed with sharp weapons. They snatched a 3030 rifle and 10 live ammunition from the deceased forest guard. We are now searching for it. The situation is under control now. We held a meeting with DC and SP of West Jaintia Hills District in the afternoon to review the entire situation,” the SP added.