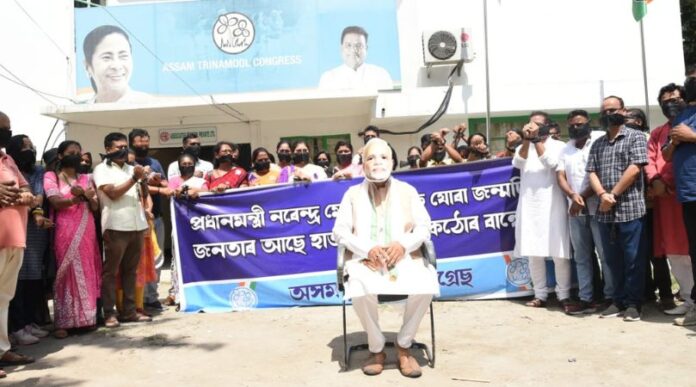 The BJP began a “Seva Pakhwada” (a fortnight) of service from September 17, the day before Modi turned 72, and will continue to hold activities till Gandhi Jayanti on October 2.

“By ignoring various important issues of our countrymen, BJP government is organising fortnightly birthday celebrations of PM Modi all over the country. Today, Assam TMC held a symbolic programme highlighting the plight of the people under PM Modi’s rule at the state HQ,” Assam TMC president Ripun Bora tweeted.

TMC workers staged unique protests in their office premises with Assam TMC president Ripun Bora binding his hands with party workers and covering their faces with black cloth seeking a reply from the PM on some vital questions.