Australian Open: Shapovalov gets past No. 3 Zverev; sets up Rafa clash in quarters 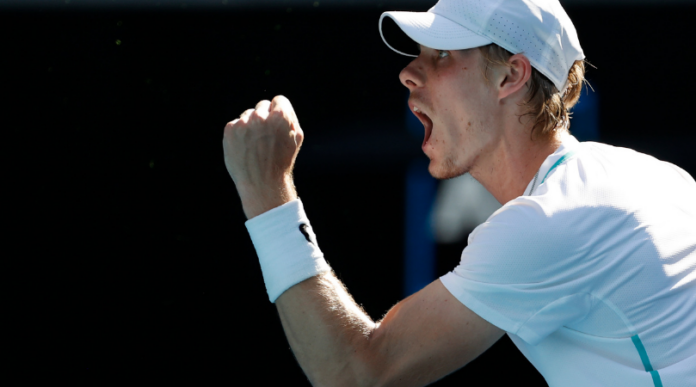 Canadian star Denis Shapovalov remained calm and composed as he booked his Australian Open quarterfinal berth with a 6-3, 7-6(5), 6-3 victory over world No. 3 and Tokyo Olympic Games gold medallist Alexander Zverev of Germany at the Melbourne Park on Sunday.

Shapovalov has now set up a quarterfinal showdown with Spanish stalwart Rafael Nadal, who is aiming for his second Australian Open crown after the title triumph in 2009.

The searing Melbourne heat could not stop Shapovalov from extinguishing the hopes Zverev in the duo’s first meeting at a major. The 14th-seeded Canadian had to take an ice bath after his gruelling five-setter against world No. 54 Soonwoo Kwon of South Korea in the second-round, but he kept a cool head throughout the tough encounter to brush past an inconsistent Zverev in the fourth round.

“It’s probably the one I least expected to finish in three (sets),” Shapovalov was quoted as saying by atptour.com on Sunday. “I’m very happy with my performance, definitely happy with where my game is at.”

With his returns sharp as ever, Shapovalov broke Zverev early for a 3-1 lead, the German dropping just his third service game of the tournament on the way to also losing his first set in Melbourne this year.

Zverev looked frustrated as Shapovalov broke the German again immediately in the second. But seven double faults in the set from the Canadian helped Zverev claw back. Serving for the set at 5-3, Zverev’s inconsistency again came to the fore at crucial moments and Shapovalov forced a tie-break. The Canadian looked more comfortable of the two, winning 7/5.

“I think off the ground I was playing really well, really feeling my shots off both wings,” said Shapovalov. “I played pretty smart today, it felt like things were going my way early on. I lost a little bit of momentum mid-way in the second set but fought well to come back and just kind of rolled with it after.”

Shapovalov’s opponent in the quarterfinals will be Nadal, after the sixth-seed defeated Adrian Mannarino of France 7-6(14), 6-2, 6-2. Nadal holds a 3-1 lead in the ATP head-to-head against Shapovalov.