Centre’s argument against Covid death toll does not hold water

BLURB: It is actually the Modi government’s obsession with success which is frustrating. For any problem to be solved, the first most important step is to recognise the problem. 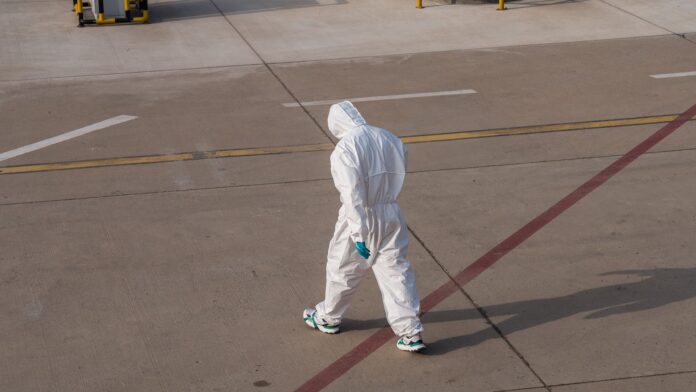 The declaration by the World Health Organisation (WHO) of 4.7 million as ‘excess’ Covid deaths over and above the officially acknowledged figure in India and the response of the Modi government to the report are both shocking, but not surprising. The WHO has resisted persistent opposition from the Indian government to finally release the report.

The WHO has only stated what the Indian public has known as a fact about the high Covid death toll, but vehemently denied by the Modi government in its desperation to claim success in dealing with the pandemic. The report also agrees with the disturbing visuals flashed on television screens across the world of crematoriums and funeral grounds bursting at their seams, funeral pyres burning non-stop, bodies floating in the river as well as victims dropping dead in the middle of roads outside hospitals as they struggled to breathe.

The government has questioned the methodology and data collection used for arriving at the number by WHO. It has also challenged the robustness and validity of the models followed by the world body and sought to counter it by citing an ‘extremely robust’ civil registration system for recording births and deaths. But the government is refusing to acknowledge that at the peak of the pandemic, all systems and infrastructures were overwhelmed by the severity and extent of the problem. One or multiple problems with methodology and models can perhaps make a difference in terms of thousands or even lakhs, but not to the extent that the final figure would be 10 times more.

For the statistically minded, the claim by the Modi government putting the total death toll due to covid at below 5 lakh is totally untenable. Going by the government’s claim, the daily average deaths for the two years of 2020 and 2021 work out to less than 700. There is no way such a small number could exert pressure on burial and funeral facilities nationally to create the highly disturbing scenes that were seen around hospitals, funeral grounds, crematoriums and river banks.

At the peak of the pandemic, Delhi’s crematoriums and burial grounds alone reported about 1,000 funerals over three days, making it more than 300 per day. Going by the average of 700 deaths per day nationally, this would mean that nearly half of all Covid deaths in India occurred in Delhi, with the rest of the country contributing the other half. Nothing can be more absurd than such an assumption. So, if an expert body says the figure was 10 times more, that is no cause for uneasiness.

The Modi government certainly has an agenda in keeping the death toll low, while WHO has no such hang-ups as the world body is only interested in dealing with the pandemic as best as humans can. It has nothing to gain by pointing out India accounted for almost a third of all Covid deaths globally. It is not just India that the WHO has faulted for underreporting Covid death tolls, it has blamed most countries in this respect. In fact, WHO has pointed out that many countries, including those in Europe and the Americas, lack the capacity for reliable mortality surveillance and, therefore, do not collect and generate the data needed to calculate excess mortality.

WHO believes these sobering numbers are important as these only point to the impact of the pandemic but also to the need for all countries to invest in more resilient health systems that can sustain essential health services during crises, including stronger health information systems. The numbers provide decision-makers information to guide policies to reduce mortality and effectively prevent future crises.

It is actually this process that the Modi government’s obsession with success is frustrating. For any problem to be solved, the first most important step is to recognise the problem. This is where the government is making a grave error. There is no need for the government to feel any sense of guilt because Covid was a natural occurrence. It is like a government trying to suppress the death toll in an earthquake, which happens due to tectonic factors beyond human control. The onus of a government for such a natural calamity is quite far-fetched because these occur due to shifts in the tectonic plates over long periods, which are beyond the scope of any particular government. Nobody blames a government for an earthquake. If the world has failed to fight Covid early enough to prevent such large-scale deaths, it is the manifestation of a human failure, and not the failure of any government, notwithstanding the fact that there may have been areas where the government could have performed better. (IPA Service)