Sangma said that anganwadi workers along with village health functionaries and village organizations are agents of social change, mobilizing community support for better care of children and women at the village level. 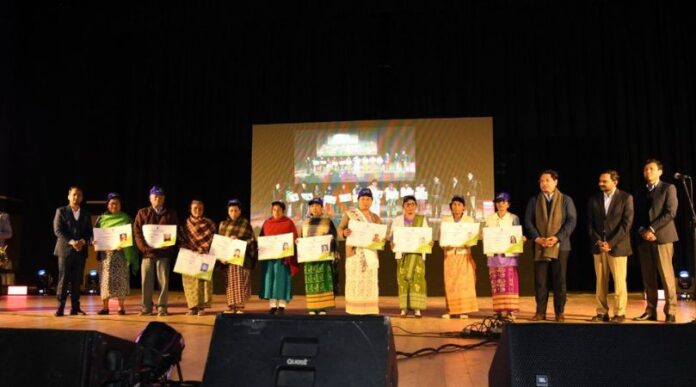 Also present during the occasion was Minister for Social Welfare, Kyrmen Shylla.

Earlier, the chief minister announced the enhancement of honorarium to the AWW by Rs 1500, Mini AWW by Rs 750 and Helper by Rs 500 per month with effect from October 1, 2022. He also launched the CM CARE erstwhile Chief Minister’s Social Assistance Scheme for Infirm, Single Mother & PWDs has been renamed as CM CARE (Comfort, Assist, Respect, Empowerment). Under CM CARE the financial benefit which was Rs 500 per month is now Rs 750 w.e.f October 1, 2022.

Addressing the gathering, Sangma said that anganwadi workers along with village health functionaries and village organizations are agents of social change, mobilizing community support for better care of children and women at the village level.

“Today the model that we follow is being recognized at the highest level in the country and you have set a benchmark for other States to follow,” he said, applauding the anganwadi workers and the entire team of the Social Welfare department.

He also informed that all Anganwadi centers will be transformed into Early Childhood Development Centers with better structures, infrastructures and methodology involving parents by giving them training and necessary support.

The chief minister also felicitated the State Best Award and Best Project from each District for collaborative effort in reducing SAM and MAM. The best state award was bagged by South West Garo Hills and Ri Bhoi.