Dymbur, which is known for its inclination towards socially-conscious songs released Back Home on September 23, which discusses issues such as human rights, forced prostitution, discrimination against the LGBTQ population, and child trafficking.

Back Home was written by Dymbur in 2021 with the intention of using it as their debut single, however, the band was left disappointed when the song was repeatedly rejected by different production companies due to the song’s sensitivity. But in September 2022, Back Home eventually found a home.

Dymbur, a Khasi thraat folk metal band, was founded in 2012. As pandemic approached, the band decided to experiment with their musical style and started blending djent/metal with folk-like sounds typical of the Khasi tribe.

Dymbur, which is known for its inclination towards socially-conscious songs released Back Home on September 23, which discusses issues such as human rights, forced prostitution, discrimination against the LGBTQ population, and child trafficking.

The song tells the story of a boy who was sold to a brothel because his homophobic father could not accept him. As a sex worker in that brothel for his whole adolescent life, this boy develops into a young man. One day, he musters all of his bravery and leaves the brothel, setting out on a quest to return home. He has a flashback along the journey and remembers all the horrors he has experienced. He moves forward in his hunt for his home, spurred on by these traumatic memories. When he finally arrives at his house, his parents do not recognise him as his face is covered with a hijab. However, when he removes it, his mother immediately recognises her son and runs to give him a hug, but his father stops her; a hammer in the father’s hands falls. They are seen staring at each other in the final scene of the story. The video ends here, leaving the audience with a number of unanswered questions. 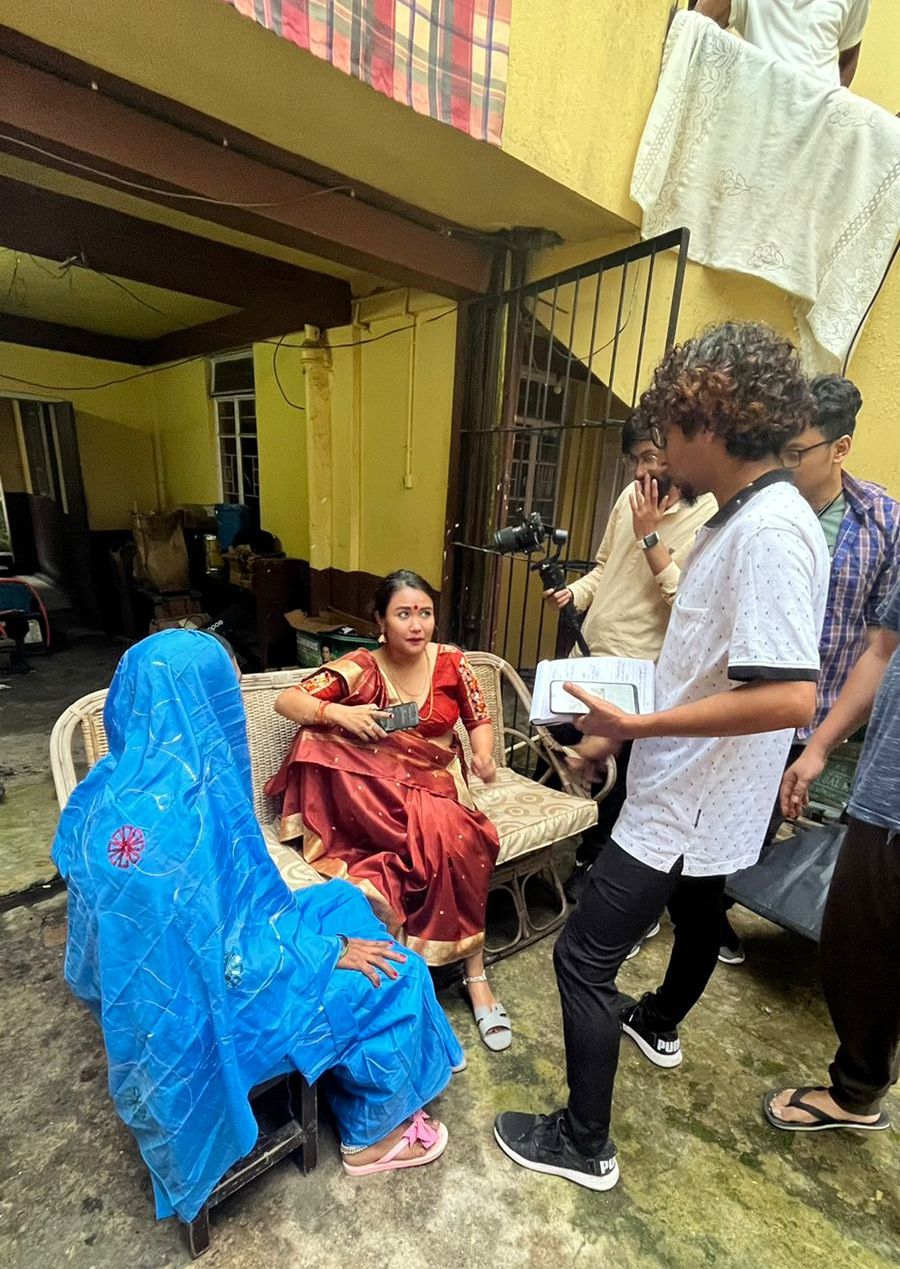 However, the band’s interpretation of the final shot where the hammer hits the ground summarises as ‘acceptance’. “But that shot may also be seen as an open-ended shot because it allows the spectator to choose whether they would accept or reject the boy if they were the father,” explained Cornelius.

Given the delicate subject that the song addresses, Back Home had been rejected numerous times.

“We did reach out to a few Shillong-based production companies and shared the script with them, but they all turned us down due to the subject matter. In order to release our other songs, Rape Culture and Child Abuse, we put the song on hold,” Andreas told The Meghalayan.

Right after these releases, the band realised that there was no waiting and that it was high time they released Back Home. “Since no one wanted to shoot the video for us because of its sensitive content, we then decided to produce and direct the video by ourselves under Legato Studio Productions,” Shullai said.

Speaking to The Meghalayan, Perfectly Suting (cast) praised the band’s composition and their sheer bravery in bringing up such serious subjects that are not frequently spoken in public. “Working with Dymbur gives you a wholesome feeling… the band instils in you the warmth, the knowledge, and the spirit of working as a team,” Suting added.

Through their music, Dymbur hopes to promote optimism, tolerance, acceptance, and a mindset against stigma and prejudice against people in general. The band stated, “Through metal, we hope that our efforts bring about awareness and change.”