Hinduism is not religion but culture; all Indians are Hindus: RSS chief

Mohan Bhagwat said that India is a country, which has taught the world the lesson of humanity.

Rashtriya Swayamsevak Sangh (RSS) chief Mohan Bhagwat on September 25 said that Hinduism is not a religion but a culture and every resident of India is a Hindu.

“When we talk of Hindutva, we are not talking about only one sect, for us every citizen of this country is a Hindu. It is not just a sect, Hindutva is a way of life, a culture,” the RSS chief said while addressing the gathering at the U Soso Tham auditorium during his third visit to the city.

He said that India is such a country, which has taught the world the lesson of humanity.

“Our civilization has the power to integrate many civilizations. Only then India has been able to become a country that believes in many languages, costumes, religions, creeds,” the RSS chief said. 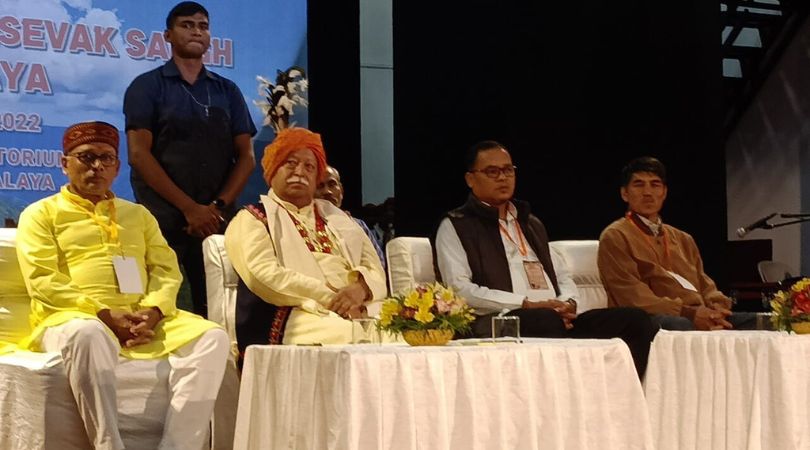 According to him, cultural diversity in India has been going on since the Vedic period, and from the beginning the culture of respecting everyone’s identity by adopting different sects and by adopting their own method of worship has been followed.

“This is the only country in the world, which has always been able to maintain its identity by integrating different cultures,” Bhagwat said.

He also said that misconceptions are being spread among the people regarding the Sangh to defame it, and that some people are misrepresenting the RSS because of their vested interests.

Bhagwat said that programmes such as today’s are organised to understand the RSS, so that the misconceptions people have about the organization can be removed.