It further alleged that not only are youths being deprived of employment opportunities but money meant for their salary is being diverted somewhere thereby causing a loss. 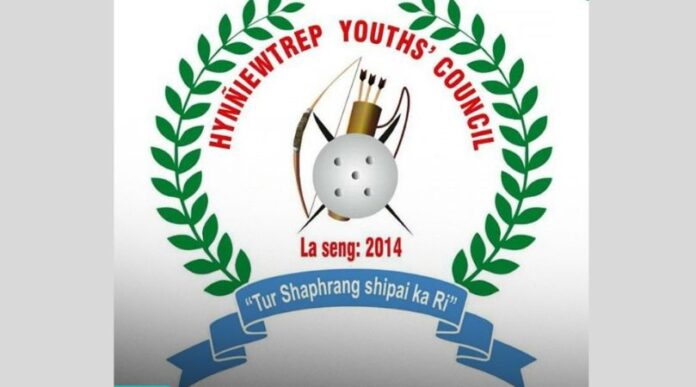 The Hynniewtrep Youth Council (HYC) on September 23 questioned the state government on where the money meant for vacant sanctioned posts has gone to, taking into consideration the delay in the recruitment process for the various departments.

“Where is the money for all these vacant sanctioned posts being spent? Is it diverted to fund those useless festivals in order to benefit a few or to fund some unproductive programs distributed as freebies? The people of the state want to know Mr Conrad Sangma. Where has the money gone?” the HYC said in a statement.

It alleged that due to such mis-governance under the MDA government, the people of the state are suffering while the state’s development is being hampered due to unfilled vacant posts and delayed recruitment for various departments of different sectors.

The HYC also slammed the Chief Minister Conrad K Sangma for failing to provide concrete figures on the number of unfilled sanctioned posts from 2018-2022 in the just concluded Assembly’s autumn session and said, “This is nothing but a proof of their incompetence and lack of transparency in their governance.”

It further alleged that not only are youths being deprived of employment opportunities but money meant for their salary is being diverted somewhere thereby causing a loss.

Quoting an RTI report which informed that there are over 3,367 sanctioned posts in the various departments that are lying vacant in the state, the HYC said, “All these vacancies are of sanctioned posts and if we take for an average annual salary of an employee to be about Rs 4.40 Lakh and therefore for 3367 employees, the total amount that is lying with the Government is Rs 148.14 crore.”

On the delay to appoint teachers in the different government schools, it said children are being deprived of quality education with 1,094 vacant posts in the Education Department alone and 36 lower primary schools functioning without a single teacher. This was as per statements made by the Education Minister on the floor of the House.

“If the MDA Government’s spending on Education has increased ever since they took over the reign in 2018, then the question that begs for an answer is why are the teachers not being appointed? How can Schools left with no Teachers at all? What will be the future of the students of our State? Will Conrad Sangma or his Ministers take responsibility for this mess?” the HYC further questioned.

The statement further highlighted the failure of the government to fill up over 2,780 vacant posts in the police department thereby safety and security of the residents is being compromised.

Recruitment notice for the posts of AB/UB Category under Meghalaya Police Department for Eastern Range and Western Range was given in 2019-2020. However, admit cards for written examinations for the said recruitment examinations were issued only in 2022, after a long delay.

It said examinations for 327 posts by MPSC advertised on December 14, 2020 are still pending. Job aspirants from Tura, who had applied for the post of Surveillance Worker through the District Selection Committee (DSC), are also waiting for their interview results which were conducted back in 2020.

While the casual employees of Meghalaya Energy Corporation Limited await regularisation of their services, the Deputy Chief Minister Prestone Tynsong informed that there are over 1,000 sanctioned posts lying vacant in the MeECL for junior engineers, assistant engineers and executive engineers but they are not being filled owing to the poor financial situation of the corporation.

Moreover, the HYC said Meghalaya’s poor performance on key health indicators is only being aggravated by the State government’s failure to regularise the services of specialist doctors, who are opting out of working at state’s health centres.

All specialist government doctors are appointed as Medical and Health Officers (M&HO) under clause 3(f). The services of such doctors have reportedly not been regularised for more than six years, depriving them of increments and other benefits. A total of 137 specialist Doctors posts have been lying vacant in the state for many years now. No action has been taken to fill up such posts.