Expressing concern over the migration of people from border villages like Damin, Khandu questioned who will monitor the developmental projects being implemented by the government if residents have already left the area. 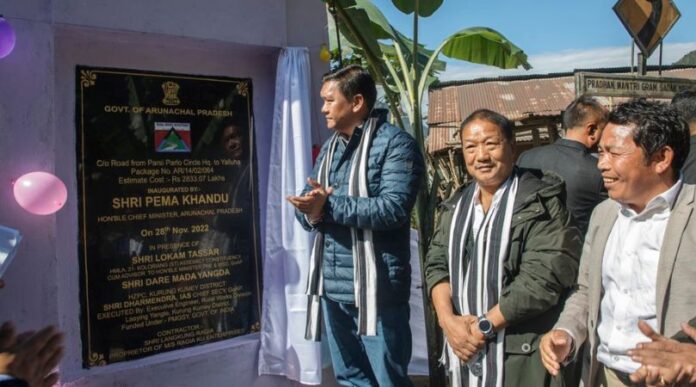 Khandu is on a two-day visit to one of the most interior districts.

“How amazing is Parsi Parlo! Mesmerised by the beautiful town in Kurung Kumey district. I along with my cabinet colleague Felix Bamang landed in this beautiful place, today. Thank you Lokam Tassar Ji for the warm welcome,” Khandu said in a tweet.

Expressing concern over the migration of people from border villages like Damin, Khandu questioned who will monitor the developmental projects being implemented by the government if residents have already left the area.

“Times have changed. Today connectivity is reaching remote and border villages. It’s time that people of these areas do not migrate and abandon the land of their forefathers. These must be developed and preserved for the future generation,” he said.

When informed by BRO officials, stationed in the remote district, that improvement in road connectivity in recent years has triggered a reverse migration, Khandu said it was a welcome trend. 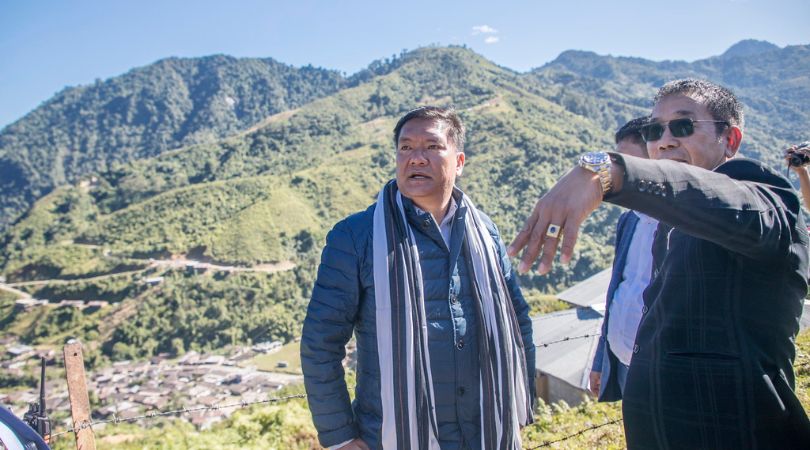 Encouraging people to return from their temporary settlements in urban areas to their own land, Khandu said in the next few years connectivity scenario in the border areas of the state will witness drastic improvement.

“Very recently, the union ministry of Road, Transport & Highways has approved sanction for the 1500 km Frontier Highway that would connect all the border areas of the state from East to West and interconnecting roads between the highways of about 1000 km,” he informed.

Khandu said that with these projects completed, all the border districts will be well connected and advised people to future-plan accordingly as these districts have immense potential in sectors like tourism, horticulture and agriculture.

Landing first at Parsi Parlo this morning, Khandu inaugurated the newly constructed 20.06 Km PMGSY road from Parsi-Parlo to Yalluha and a steel truss built-up girder with composite RCC decking bridge over Rashik river, a part of the PMGSY road.

Responding to a few requests, Khandu assured funds for the construction of sports stadium and museum (for Neolithic artefacts found in the area) in a phased manner.

Khandu handed over the official notifications for the creation of two new CD Blocks in the district – Polosang and Paniasang – to the district administration.

Reaching Koloriang, the district headquarters this evening, Khandu paid tributes to the former Chief Minister and his late father, Dorjee Khandu at Koloriang Deputy Commissioner office complex. The bust was erected in honour of the late chief minister under whose initiative the office building was constructed, which also houses offices of all heads of the department of the district.

Khandu was accompanied by Home Minister Bamang Felix and received by the local legislator and Advisor PHED Lokam Tassar besides PR leaders and government officials.