Manipur CM flags off bike rally ahead of I-Day 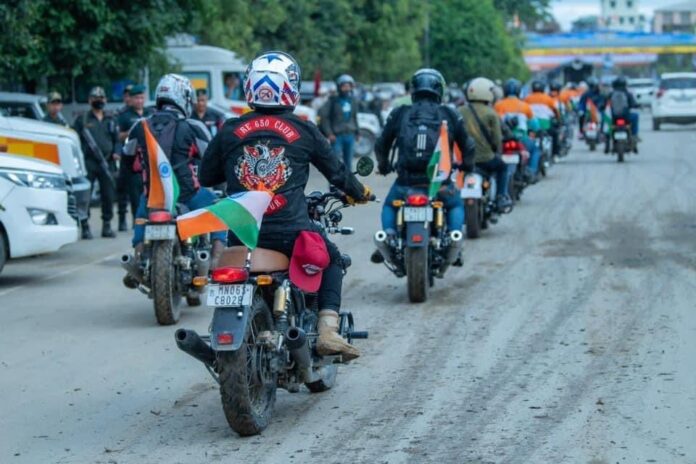 On the sidelines of the bike rally organised by the Manipur police department to celebrate 75 years of India’s independence, Chief Minister N Biren Singh said that various events are being organised over the past few days to mark the celebrations in line with Azadi ka Amrit Mahotsav.

Notably, thousands of bikers and personnel of Manipur police are taking part in the motorbike rally that is being held to spread the message of nationalism and ‘One India’.

The rally started from Imphal and will culminate at Manipur border Mao. Another rally from Imphal to Moirang is also being held.