The CM also told the Home Minister that different incidents have led to the situation becoming more tense which ultimately led to the Mukroh incident. 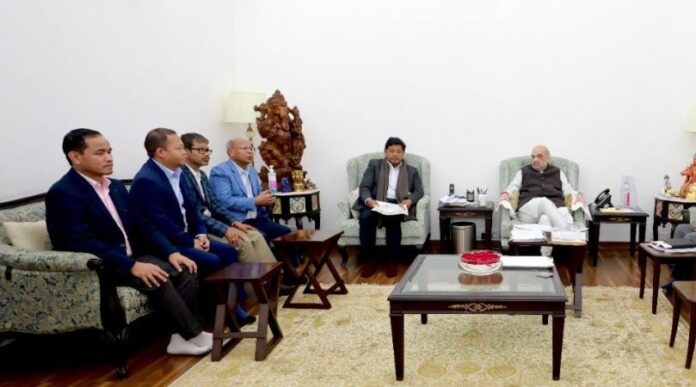 Chef Minister Conrad K Sangma on November 24 said that Union Home Minister, Amit Shah, has assured him of a CBI probe into the firing at Mukroh village in West Jaintia Hills on November 22 which led to the death of six persons, that is, five from the village and an Assam forest guard.

Shah’s assurance came following a request by the chief minister for a probe by the central agency during his meeting with the former. The cabinet had also accompanied Sangma to the meeting.

“We have requested the Home Minister and government of India to institute a central agency inquiry either through CBI/NIA or any appropriate agency so that action is taken against those guilty of this inhuman act,” the chief minister said.

Sangma thanked the Union Home minister for his assurance and also that the order in this regard will be issued soon.

“We shared with the Union Home Minister that the root cause of the tension that has been building up in the area and the other areas has to do with the long-pending border issue between Assam and Meghalaya,” Sangma added.

He also told the Home Minister that different incidents have led to the situation becoming more tense which ultimately led to the Mukroh incident.

“Therefore, it is imperative that all efforts should be made to ensure that the border dispute is settled,” the chief minister said.

He also told Shah that the incident has posed a hurdle in the ongoing border talks with Assam and there are a lot of areas where trust has to be rebuilt and therefore the intervention of the government of India is necessary.

The chief minister also informed that he and his cabinet colleagues also discussed the safety and security of the people in the border areas especially in sensitive and disputed zones.

“We urge the government of India to initiate a process for both the state governments to come together to ensure such incidents do not recur,” he added.

The chief minister also stressed the need for the support of the Centre to ensure that basic supply of essential commodities should not be disrupted and for cooperation of neighbouring states in this regard.

Sangma also held discussions on other matters like the demand for inclusion of Khasi & Garo languages in the VIII Schedule, implementation of Inner Line Permit and to allow the state government to go ahead with the Meghalaya Residents Safety and Security Act.