Nagaland bow out of U-17 championship 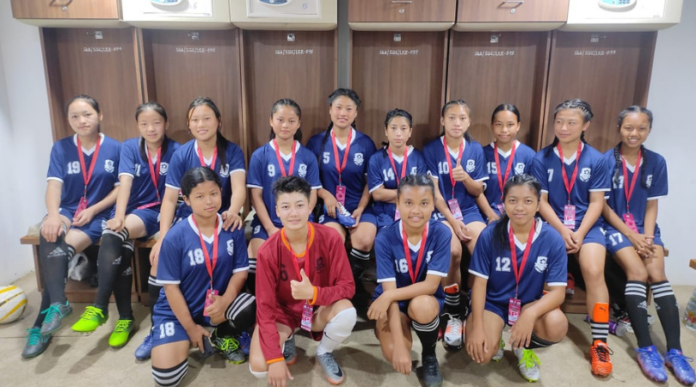 Nagaland U-17 girls only managed a 1-1 draw in the last league match against Punjab of the ongoing Hero Junior U-17 Women Football Championship 2022 to end their campaign in the tournament.

Nagaland team came from behind to snatch a draw against Punjab at Indira Gandhi Athletic Stadium Practice Ground, Guwahati on Sunday. In a must win match for both teams, Punjab broke the dead-lock  through Palak, who scored in 39th minute. The second half saw Nagaland getting back in the match by scoring the equalizer in the 49th minute through Nirmala Rai. However, both teams failed to find the winning goal and the match ended in a draw  and both teams collected  a point each which was unfortunately not enough for either side to progress.

It was a remarkable journey for the young girls who played their first national tournament. Coach Ropfu Meyase talking about his experience as a coach for the tournament said it was a great exposure for the kids but emphasized on the need to encourage more girls to play more football in future so that better results can be expected.In the tournament, Nagaland won  2-1 against Ladakh, lost against 0-7 to Kerela and drew the last match.