A special court of the NIA, Shillong had recently issued summons to leaders of the banned Hynniewtrep National Liberation Council directing them to appear before it on January 4, next year. 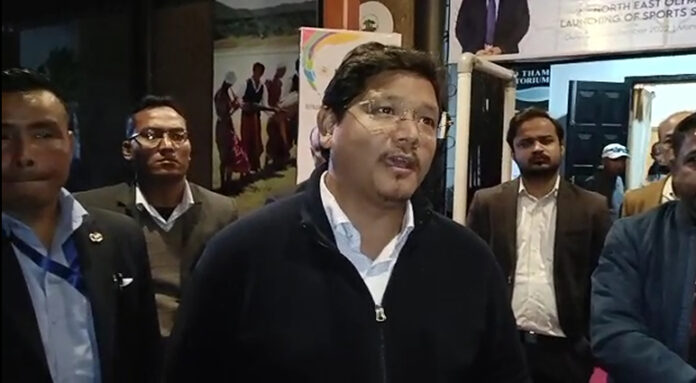 Chief Minister Conrad K Sangma on December 2 said the summons issued by National Investigation Agency (NIA) to top HNLC leaders will not affect the peace process between the government and the outfit.

“Yes, I understand the members involved are the ones who have been called but as I said discussion and the peace talks are meant to figure out a way so that these kinds of complications can be resolved but it will not affect the peace talks,” Conrad told reporters.

The special court of NIA, Shillong had recently issued summons to leaders of the banned Hynniewtrep National Liberation Council (HNLC) – Bobby Marwein, Marius Rynjah and Sainkupar Nongtraw – directing them to appear before it on January 4, next year.

Stating the matter has no direct connection with the peace talks, the chief minister said, “That (summon) is a very different process. Those are investigations at a different level. That has no direct connection with the talks that we are having and in order to be able to ensure that complications like these don’t come up that is precisely the purpose of the official talks.”

He assured to talk to the home ministry and said, “We will see and we will try to find out how to move forward in this. As I said these are different cases, these are cases which are being investigated at different levels and for different reasons which have nothing to do with the peace talks.”

On the leader of opposition Mukul Sangma questioning if the state government has taken the Centre on board on the peace talks, the chief minister responded by saying that the previous government did not take steps to move forward with the peace talks with the HNLC, which they could have done.

“But nonetheless this government has now moved ahead and obviously these talks cannot take place without the deep discussion with the Central government. I have mentioned it many times before that on 3-4 occasions I have had discussions with the home minister and on multiple occasions maybe 8-9 times, I have had discussions with the home secretary and obviously very senior officials of the home department are regularly in touch and are coordinating the entire process. So yes the central government is very much aware,” he maintained.