In a statement, it said that the AITC is promising financial assistance to farmers, something which the NPP government is already doing as it has envisioned the scheme for next 10 years. 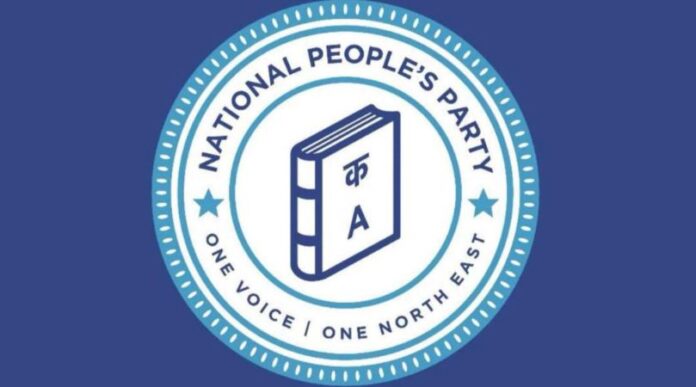 The National People’s Party (NPP) on January 25 termed the promises of the state All India Trinamool Congress (AITC) in its manifesto for farmers, as being fallow and fake.

In a statement issued, the NPP pointed out that during the tenure of the state AITC leaders from 2010 to 2018 while they were in the Congress, they failed to understand the plight of the farmers and ignored them.

It wrote that after the NPP-led government introduced big farmer welfare schemes like Focus and Focus+, the AITC is scared as it has no way of reaching out to the farming community. It further stated that the AITC is promising financial assistance to farmers, something which the NPP government is already doing as it has envisioned the schemes for next 10 years.

“We reiterate that the financial assistance being promised by AITC is nothing but ‘baaki card’ (credit card). Most people in Meghalaya have already rejected their fake registration process and have outrightly termed their programme as a fake promise. They are pushing a campaign in media that they have huge registration, which is nothing but an advertisement gimmick adopted by the party,” the statement read.

“Whereas NPP, under the leadership of our national president Conrad K. Sangma, launched the ambitious programme Focus and Focus+, which has already benefited 3.1 lakh farmers.

“We feel that AITC and their leaders were in deep slumber during their tenure and are trying to replicate what the NPP has already started. AITC should rely on local issues rather than thinking too much of what they did in Bengal and replicate the same in Meghalaya,” it further stated.

The statement went on to say that the promise of FARM Centres in every district, is something that is already operational in the state through the dedicated efforts of NPP led Meghalaya Democratic Alliance (MDA) government.

“In the past 5 years, 330 Integrated Village Cooperative Societies have been promoted, 300 Collective Marketing Centres and 50 Farmers’ Market have been set up all across the state to provide marketing facilities to the farmers. Till date over 1,00,000 households have benefited through these initiatives by the NPP led MDA government,” the NPP statement said.

“Surprisingly, the farm promises by TMC has been vague and generic. They lack any concrete data on the number of farmers to be benefitted or type of interventions that would be taken up. Their promises are hollow and more of a publicity stunt,” it said.

The NPP went on to state that during the period 2010-2018, there was severe distress among farmers in the state due to the lack of support and assistance from the government. Farmers were denied subsidies and fertilisers in the disguise of promoting organic farming, thereby impacting their livelihood.

“Taking cognizance of this pathetic plight, the NPP led MDA government initiated several interventions beyond the flagship FOCUS, FOCUS+ and Marketing Infrastructure and Supply Chain. Purchase mechanism for high value crops like turmeric, vanilla, cocoa, ginger through a network of cooperatives was initiated. Organic Agriculture Policy was also finalised covering over 15,000 hectare of agriculture land at different stages of organic certification involving 15,000 farmers and about 28 FPCs,” it stated.

“Several Mission Mode projects were also initiated, covering major agriculture and related products like lakadong, ginger, honey, spices, Mushroom Mission, milk and jackfruit among many. The state Piggery Mission, the largest in the country, was initiated with a budget of Rs 209 crores to make the state self-sufficient in pork production. Meghalaya Milk Mission is being implemented with a financial outlay of Rs 215 crores. All these interventions have brought cheer to the farmers,” it informed.

Criticising the AITC, it said, “TMC’s fake promises could have been more realistic had their political masters in Kolkata taken cognizance of the pathetic situation of the farmers in Bengal, before strategizing for Meghalaya. TMC with the sole motive of deceiving citizens, can’t erase the recent multi-crore cattle smuggling scam in Bengal involving TMC strongman Anubrata Mondal from public memory.”

“It is just a matter of time that the TMC will be taught a lesson by farmers and citizens of Meghalaya for their mischief and devious nature towards the state of Meghalaya, in pursuit of their electoral prospects,” it added.