More than 1,500 vehicles have been stranded in various places of Shillong, Sohra and Dawki after the Mukroh incident. 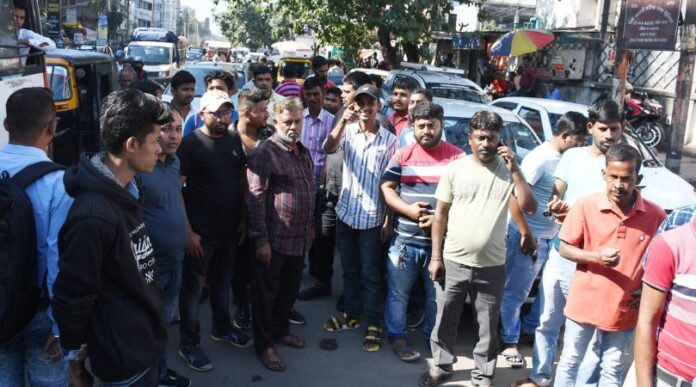 More than 100 tourist vehicles were still stranded in different places of Meghalaya after the Mukroh violence in which six persons were killed along the Assam-Meghalaya border on November 22 even as the Assam government claimed that most of the vehicles were brought back safely.

“Assam Police are in touch with Meghalaya Police for bringing back the passengers along with their vehicles safely. Some of them have been brought back safely,” Assam minister and official spokesperson Jayanta Mallah Baruah said while addressing a press conference in New Delhi on November 23.

“There are a few incidents of torching of vehicles in Meghalaya. Apart from that, there was no other incident reported,” the minister added.

More than 1,500 vehicles have been stranded in various places of Shillong, Sohra and Dawki after the Mukroh incident. “We demand the Assam government take up the issue with the Meghalaya government to bring back the vehicles and passengers safely,” said Biren Sarma.

However, tourist taxis from Guwahati have not been allowed to move towards Shillong since Tuesday morning as the Assam Police closed the inter-state border through Jorabat fearing further escalation of tension among the people of the two neighbouring states.

“But the vehicles coming from Shillong side are allowed to enter Guwahati,” said Biplav Rabha, publicity secretary of All Guwahati Tourist Taxi Drivers Union at Khanapara.

An SUV bearing Assam registration number AS-01AD-5958 was torched by unidentified people in Shillong on Tuesday night. A fire brigade put out the blaze that left the SUV completely burnt, but no casualties were reported.

“We believe that the incident near Mahavir Park in Jhalupara locality is believed to have been an aftermath of the firing incident at Mukroh village in West Jaintia Hills,” Rabha said.

“There are also some other incidents in which the miscreants pelted stones at the vehicle coming from Shillong to Guwahati. A vehicle was also damaged at Nongpoh yesterday morning,” he said.

“Every time when there is unrest in Meghalaya, the taxi drivers have been targeted by the people. In this case, taxi drivers are in no way connected with Mukroh firing incident. But they have been targeted. This situation should be put to an end. Both the governments of Assam and Meghalaya should talk,” said Biren Sarma, general secretary, All India Road Transport Workers Federation, Assam unit.

In addition to regular taxis, more than 100 Travella, swift Dezire, TATA Sumo, and Inova vehicles are still stranded in different places of Meghalaya. “We are waiting for their safe return,” said Nabajit Sarma, advisor, Tourist and Transporter Association of Assam.

“We have a total of 800 vehicles stranded inside Meghalaya. But most of them were brought back. More than 100 are still stranded,” Sarma added.