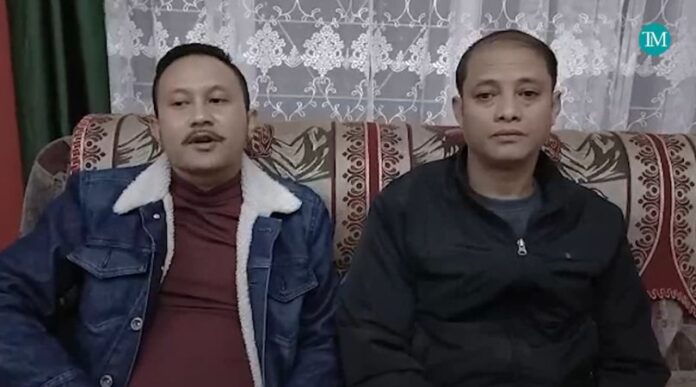 Five pressure groups will hold a sit-in, in solidarity with the victims of Mukroh shooting at Kiang Nangbah statue, Civil Hospital junction which will be followed by candlelight vigil at 3 pm on November 24.

“Day after tomorrow (Friday), we will organise a non-cooperation movement where we appeal to all government servants to refrain from attending their offices in all the seven districts of Meghalaya,” he said.

Thabah said that it is not the first incident that the atrocities are being committed against Khasi villages by Assam police and cited examples of Langpih in 2010, 2018 when a local Khasi, Tyngshain Mukhim was murdered by a non-Assamese.

“We have seen what had happened, not only yesterday but many times in the border areas. For us, enough is enough, we have been made scapegoats in the border conflict. So we have decided to organise a series of agitations in order to express our solidarity with the victims and also to vent out our anger and voice towards the two governments for their lackadaisical attitude,” he said.

Thabah questioned if enquiries conducted by the government into incidents are reliable and can fulfil the aspirations of the people.

“Until and unless we see something which is concrete which can assure protection to our people in the border areas, then we will continue our agitations,” he said.

Asked about miscreants taking advantage of the situation, he said that reactions are bound to follow which can be violent or non-violent.

“The governments of Assam and Meghalaya and the center should be serious about resolving the border issue. The forefathers aspired to have a Khasi govern a Khasi, so if we lose Khasi lands to Assam, it means the objective of hill state has failed,” Thabah said.

He went on to say that the people in the border areas are unarmed and said that the government should ensure security to the people which it has failed to do so.

Federation of Khasi Jaintia Garo People Federation (FKJGP) president Dundee Cliff  Khongsit said that there were armed police from Meghalaya who instead of protecting the people, ran along with the crowd as soon as the Assam police started firing.

“If they had reacted, lives would have been saved. They said that they did not receive any orders from higher-ups,” he added.