Now, the flow of funds under the schemes/packages of MDoNER will be operated under model-2 and implemented through scheduled commercial banks. 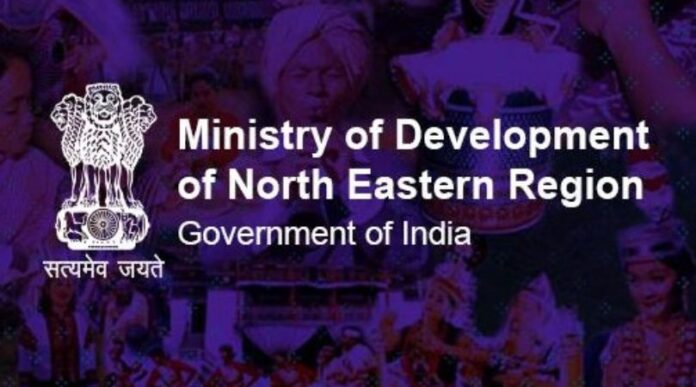 The Centre has decided to implement the central sector schemes through the North Eastern Development Finance Corporation Ltd (NEDFi) in place of the existing system which is through state governments, in view of the poor utilisation of huge amounts of funds provided by the Ministry of Development of North Eastern Region (MDoNER).

Now the NEDFI will fund and monitor the implementation of category-2 schemes of MDoNER taken in eight states of the northeast, including Sikkim.

“In supersession of all its previous orders regarding release of funds under central sector schemes, the department of expenditure, ministry of finance (MoF) has to vide its office memorandum No F No 1(18)/PFMS/FCD/2021 dated March 9, 2022, revised the procedure for the flow of funds under central schemes and monitoring utilisation of funds released, to be followed with effect from April 1, 2022,” NK Saha, under-secretary of MDoNER (the copies of which have been sent to all chief secretaries of eight sister states), said in a notification on June 23.

“Therefore, the release of funds under the schemes of MDoNER shall be routed through the account of the designated Central Nodal Agency (CNA) strictly based on the requirement of, keeping in view the balance fund of scheme available with the CNA as per PFMSin consonance with rules 232(5) and 230(7) of the General Finance Rules, 2017,” the notification stated.

The MDoNER has already designated NEDFi as Central Nodal Account (CNA) for model-2 implementation through scheduled commercial banks for all purposes in compliance with the order of the department of expenditure, Ministry of Finance.

Implementation agencies down the ladder which will be designated as sub-agencies (SA), will have to use the CNA’s account with a clearly defined drawing limit set for that account. However, depending upon operational requirements, zero balance subsidiary accounts for each scheme will be also opened by the SAs.

According to the notification, the MDoNER will release the scheme funds for each central sector scheme to the account of CNA based on requirements, keeping in view the balance funds of the scheme available with the CAN as per PFMS of scheme-specific portals fully integrated. The ministries/department and CNA will have to ensure that the interest earned from the funds released is mandatorily remitted to the consolidated funds.

The non-submission of utilization certificates (UCs) for a large number of funds released by the MDoNER since 2014 has paved the way for a new procedure for the implementation of central sector funds in the northeastern region. From 2014-15 to 2021-22, the MDoNER has released a total of Rs 15,867.01 crore funds for the implementation of 1,350 schemes in eight states of the region.

“The new procedure will curtail the financial power of the northeastern states in the implementation of the central sector schemes. The state agencies like Karbi Anglong Autonomous Council (KAAC), North Cachar Hills Autonomous Council (NCHAC) and Bodoland Territorial Council (BTC) will have to depend on NEDFi other than state government’s funds,” said a state official.

However, a NEDFI official justified the procedure and said that the new procedure would accelerate and expedite the implementation of the centrally-sponsored scheme in the region.