Senior cabinet leaders offered their condolences to Rymbai, a veteran politician, who was adored by the political fraternity for his astute statesmanship 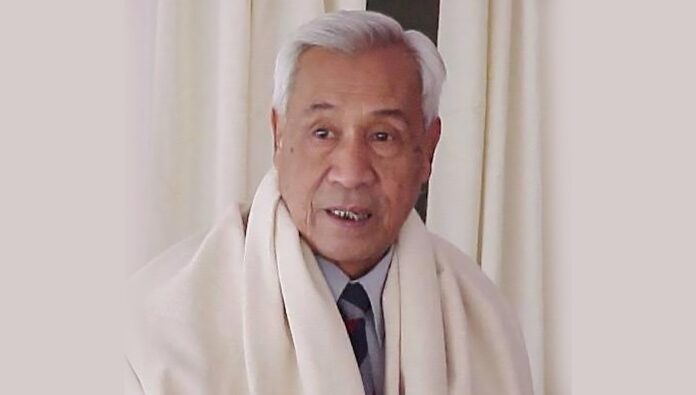 Veteran politician and former chief minister J Dringwell Rymbai breathed his last on April 21. He was 88. Rymbai is survived by his wife Peggymon Pathaw, three daughters and two sons.

Rymbai entered active politics in 1983 and contested elections to the legislative assembly of Meghalaya on the Congress party ticket from the Jirang constituency successfully. He was made the deputy speaker of the Legislative Assembly in the same year.

Since 1998, he has held several portfolios in the government. He was regarded as a loyalist of the 2003-2006 chief minister D D Lapang. After dissidence over Lapang’s leadership in 2006, he replaced Lapang as the chief minister on June 15, 2006.

He served as chief minister until March 2007, when Lapang returned to the office following a decision by the Congress Party. Rymbai resigned from the Assembly and Indian National Congress on January 4, 2008.

Senior cabinet leaders offered their condolences to Rymbai, a veteran politician, who was adored by the political fraternity for his astute statesmanship.

Condoling Rymbai demise, Meghalaya chief minister Conrad K Sangma took to his Twitter handle saying, “Pained to learn about the demise of former Chief Minister of our state, Shri J. D. Rymbai. Shri Rymbai was a great statesman, adored by the people he served. His contribution to the development of our state will always be remembered. May his soul rest in peace (sic).”

Similarly, James Sangma mourned the death of the veteran politician and said, “Deeply saddened by the sudden demise of veteran politician & former CM of Meghalaya,Sh. J.D. Rymbai. Through his vast experience, he contributed immensely to the growth of the State. Deepest sympathies to his family & loved ones. May God give them strength to overcome this grief (sic).”

Leader of the opposition, Mukul Sangma, also took to the micro blogging site and said, “Deeply grieved by d passing away of a veteran leader & x-CM of our state, Bah J D Rymbai – deepest condolences 2 d bereaved family & relatives. Humility & integrity were synonymous with him; it was enriching working together – we’ll miss him; RIP (sic).”

Meanwhile, as a mark of respect the Meghalaya government has declared three days of state mourning from till April 23, 2022. During the period, there will be no official entertainment events and the National Flag will be flown at half-mast at all government establishments throughout the state.