By The Meghalayan Bureau
February 11, 2022
0
270
Facebook
Twitter
Pinterest
WhatsApp
SHILLONG:
The eye-catching handprints of 140 children on a canvas has been lying around since November last year, lighting up the office of the Faith Foundation at Mawkhar in the city.
It was meant to be handed over to Chief Minister Conrad K Sangma in a bid to draw his attention to the need for initiating personal safety programme for children in government schools.
“We want the government to implement the Personal Safety Education Programme (PSEP) in all government schools. Life skills are important apart from academics. If we want our children to perform better, there has to be overall development,” co-founder/director Shannon Dona Massar told The Meghalayan. She said the programme is a school-based curriculum for children to prevent sexual abuse.
Massar said that the organisation had made several attempts to meet the chief minister, but to no avail.
Set up in 2012, Faith Foundation is a child rights organisation that focuses on sexual abuse among children and runs PSEPs in schools. With a goal to create safe spaces for children, the team has six members.
In 2019, the organisation launched a petition at change.org to urge the government to implement the safety programme in all government schools in the state.
She said that the sessions conducted in schools were gaining pace as children are opening up and reporting abuses after they came across the programme.
Through PSEP, children are educated on safe and unsafe touches, emotions among others. In other words, the programme teaches children on life-skills. Children can learn protective behaviours, understand the warning signs and safety rules and identify adults who can be trusted.
“We get creative with kids,” she said as she showed the colourful worksheets made for children. With regard to adolescents, the organisation is also working towards online safety mode and use age-appropriate techniques depending on the classes.
The organisation provides much-needed psycho-social support to children who have faced sexual abuse.
There are 26 schools – 19 in Shillong and seven in Ri Bhoi — where the organisation is working closely with government schools and communities, District Child Protection Units (DCPUs) and Child Welfare Committees (CWCs).
The members are working to sensitise the community, Massar said. “It is not just a family issue, but the schools and the community as a whole have to be responsible,” she said.
Massar said child abuse is often committed by a person known to the victim and these incidents leave the  family and child to deal with stigmatisation.
Due to the lockdown, the organisation has taken to the internet and started a YouTube channel in Khasi language.
Prior to the pandemic days, she said the members would approach schools and spend the whole year with them. These schools allot a certain period for a day where the team can interact once a week and continue throughout the year.
“It is important schools implement the child protective policy and make sure that they are able to mitigate threats that a child comes across,” she said.
However, she said, “It is challenging for parents. We work mostly in schools with low-income families and they do not have time. Parents should play proactive roles.”
The organisation is also venturing into sensitising the adolescents on teenage pregnancy and early marriage.
On the other hand, Massar said that over the years, they have started working with boys. “We want to raise boys to be sensitive, to be change agents in supporting the community and other girls.”
Presently, the Faith Foundation is reworking the curriculum to strengthen the programme and work closely with parents and teachers.
Share
Facebook
Twitter
Pinterest
WhatsApp
Previous articleUP records 59.87% total polling in phase I
Next article1708 vacant post in various departments

THE POWER OF CONVERSATIONS 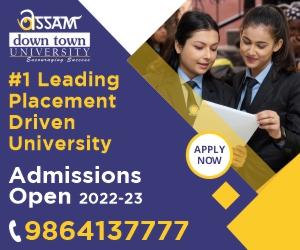 THE POWER OF CONVERSATIONS

BJP bags 3 out of 4 seats in Tripura by-polls; Cong won one

First among equals at ShiRock 2022