List of New 7 Wonders of the World includes Taj Mahal

The Great Pyramid of Giza, which is a part of the Giza Pyramids, was added to the list as an honorary candidate.

Man and nature have both created wonders that are evident to this day, and to highlight their uniqueness, seven from a list of 200 existing monuments have been chosen to form the Seven Wonders of the World.

An initiative that was started by Swiss corporation New7Wonders Foundation in 2001, the list of new seven wonders include Great Wall of China, Petra, Christ the Redeemer, Machu Picchu, Chichen Itza, Colosseum, and Taj Mahal. The Great Pyramid of Giza, which is a part of the Giza Pyramids, was added to the list as an honorary candidate.

Read on to know more about the 7 Wonders of the World: 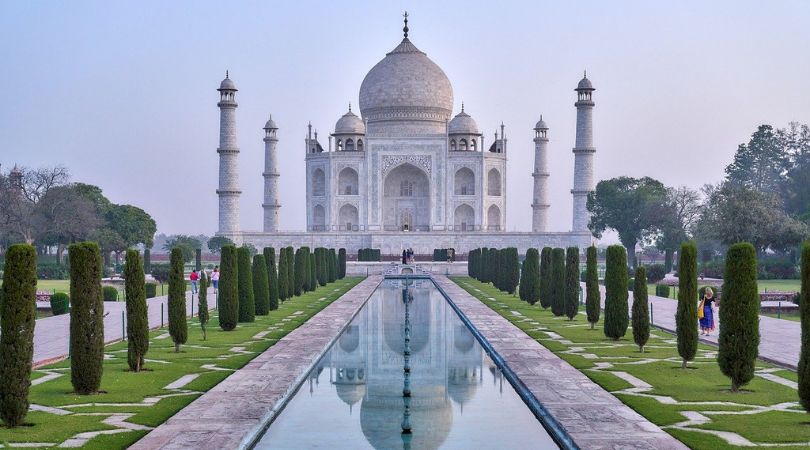 Regarded as one of the world’s most iconic monuments, the Taj Mahal, which is a mausoleum complex, is located in Agra, India. It was built by Emperor Shah Jahan in memory of his wife Mumtaz Mahal, who died in childbirth. The monument, which is made of white marble and which had semi-precious stones embedded in it, took about 22 years and 20,000 workers to be completed. Designated as a UNESCO World Heritage Site in 1983, it is regarded by many as the best example of Mughal architecture. 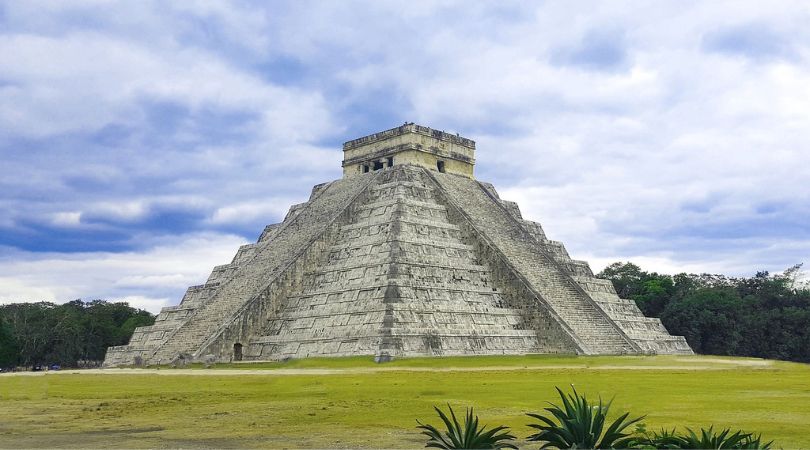 Located in Tinum Municipality, Yucatan State, Mexico, Chichen Itza was a large pre-Columbian city built by the Maya people of the Terminal Classic period. It flourished in the 9th and 10th centuries CE, and its most notable feature is the stepped pyramid El Castillo (“The Castle”), which rises 79 feet above the Main Plaza. What stands out as a testament of the astronomical abilities of the Mayans, are the 365 steps of the pyramid marking the number of days in the solar year. 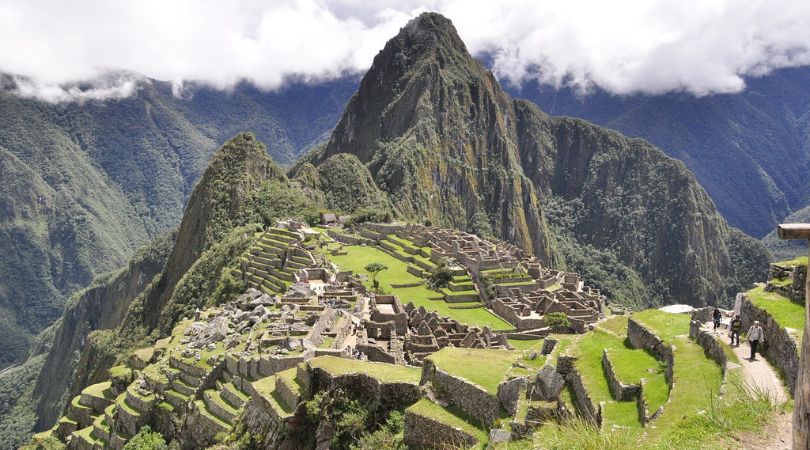 Machu Picchu, which is located in the Machupicchu District within Urubamba Province above the Sacred Valley, is a 15th-century Inca citadel found in the Eastern Cordillera of southern Peru on a 7,970 feet mountain ridge. It was built in the classical Inca style, with polished dry-stone walls, and is believed to have been constructed as an estate for the Inca emperor Pachacuti. Its three primary structures are the Intihuatana, the Temple of the Sun, and the Room of the Three Windows. 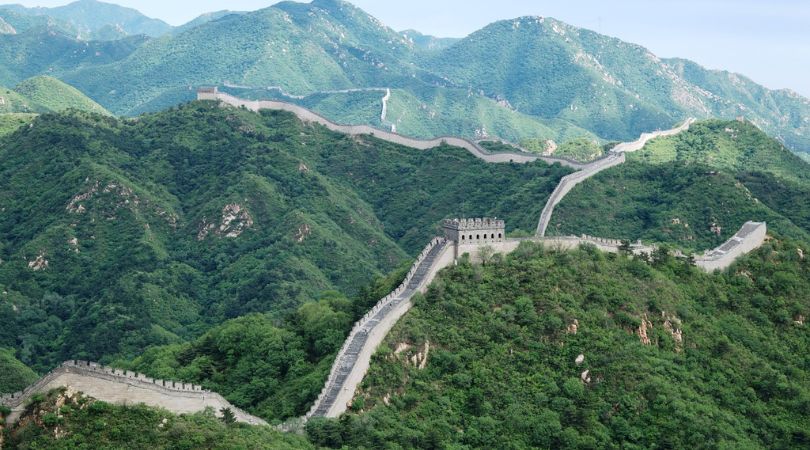 The Great Wall of China, which is one of the world’s largest building-construction projects, is believed to be about 5,500 miles long, and built for protection against various nomadic groups. Work on the wall is said to have started from the 7th century BC and continued for two millennia by successive dynasties of China. The best-known sections of the wall were built by the Ming dynasty, and a number of watchtowers, troop barracks, garrison stations, dot the structure. 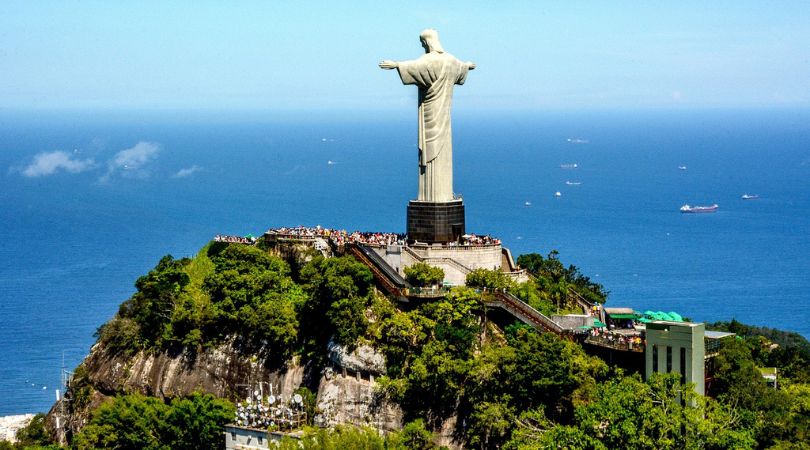 Built between 1922 and 1931, Christ the Redeemer is an Art Deco statue of Jesus Christ in Rio de Janeiro, Brazil. It was created by French sculptor Paul Landowski and built by Brazilian engineer Heitor da Silva Costa, in collaboration with French engineer Albert Caquot. The statue, which is 30 metres high, excluding its 8-metre pedestal, is made of reinforced concrete and soapstone. It weighs 635 metric tons and is located at the peak of the 700-metre Corcovado mountain in the Tijuca National Park. The initial plan had been to build a statue of Christ with a globe in one hand and a cross in the other, however, it was changed to the present one, which features Him with arms spread out wide. 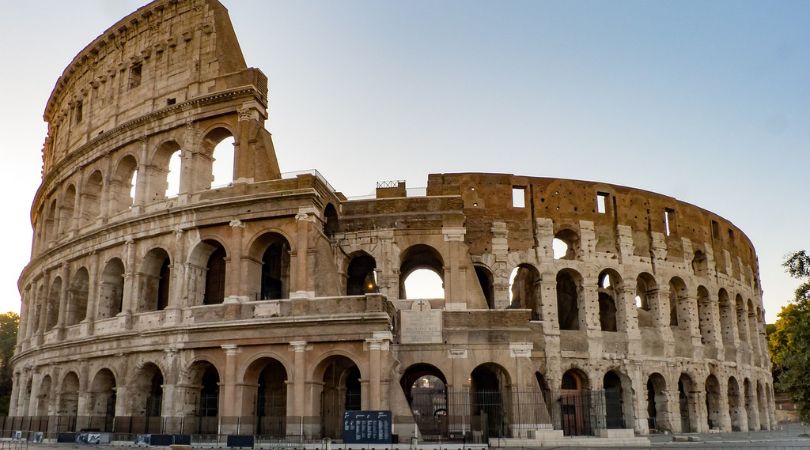 The Colosseum, which is an oval amphitheatre in the centre of the city of Rome, Italy, is the largest ancient amphitheatre ever built, and is still the largest standing amphitheatre in the world today. It was built in the first century during the reign of Emperor Vespasian and was completed in 80 AD. Built of travertine limestone, tuff (volcanic rock), and brick-faced concrete, it is said to have housed an estimated 50,000 to 80,000 spectators in its day. It was used for gladiatorial contests and public spectacles, and briefly for mock sea battles. Though it was substantially ruined by earthquakes, the Colosseum is still an iconic symbol of Imperial Rome. 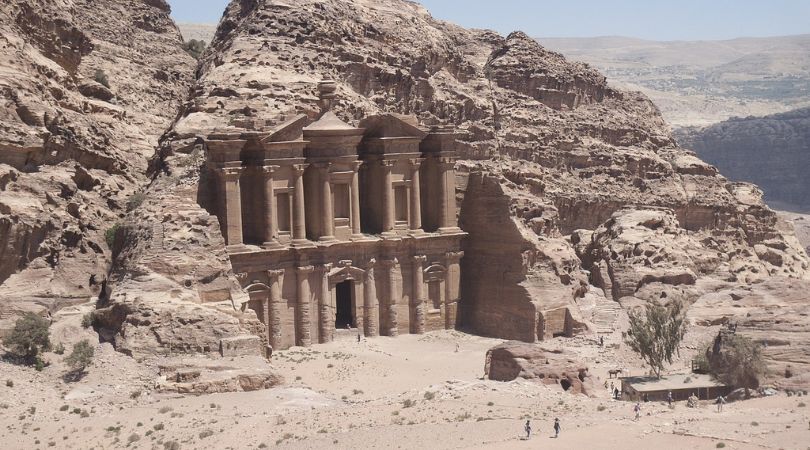 Originally known to its inhabitants as Raqmu or Raqemo, Petra is a historic and archaeological city in Jordan’s southwestern desert. It dates back to around 300 BC, and was the capital of the Nabatean Kingdom. The Nabataeans were nomadic Arabs who invested in Petra’s proximity to the incense trade routes by establishing it as a major regional trading hub. Its most famous structure is perhaps the 45m-high Al Khazneh, a temple with an ornate Greek-style facade, also known as The Treasury. Access to the city is through a 1.2-kilometre-long gorge called the Siq, which leads directly to the Khazneh.