Sangma said based on the request of the state, the government of India has extended financial assistance for establishment of Tura medical college. 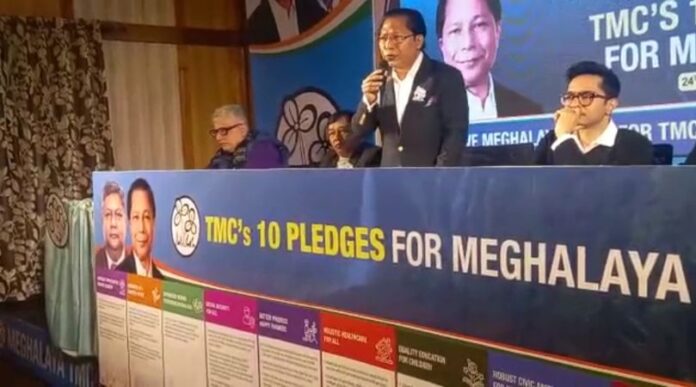 Leader of Opposition and former chief minister Mukul Sangma on January 24 slammed the failure of the National People’s Party (NPP)-led Meghalaya Democratic Alliance government with regard to setting up of the two medical colleges in Shillong and Tura.

“Post 2018, the government has lost its priority,” Sangma told reporters.

“As for the Shillong medical college isn’t it a fact that we have started the construction and building of the Reid Chest hospital at Mawdiangdiang. This is one of the initiatives because the Reid Chest hospital was supposed to be the venue where our Shillong Medical College was supposed to be established and what has happened? This question has to be directed to the incumbent government,” he said.

Sangma said based on the request of the state, the government of India has extended financial assistance for establishment of Tura medical college.

“But what has happened? Rs 172 crore has been released but they have not utilised that money. This was reflected in their reply in the last assembly session, they end up spending only Rs 62 crore so what happened to the rest of the money? This question also should be directed to the government,” he added.

Stating that the AITC is committed to fulfilling the aspirations and dreams of the people, the former chief minister said, “A medical college is not only for imparting medical education, it acts as a referral centre, the final referral centre in our whole referral system of health delivery system. Therefore, today the people have been compelled to send their loved ones requiring referral treatment outside the state.”