The Naga groups said: "We are left with no other option but to go by the desire and aspiration of the Naga People, i.e., 'Solution not Election'." 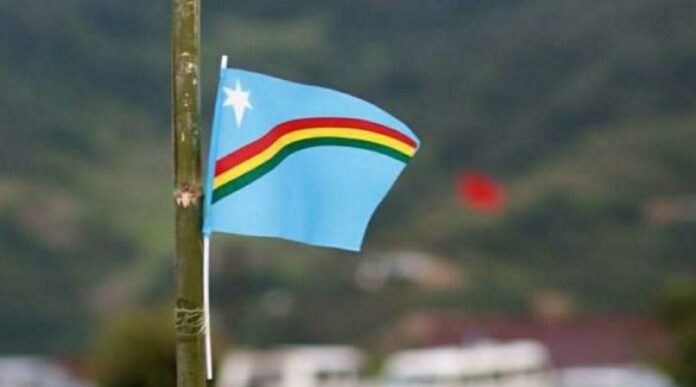 The influential Naga National Political Groups (NNPG) said on Thursday that the Nagaland BJP leadership is playing with fire even as the Central government is trying its best to find permanent peace in the state through negotiated political settlements with the Naga political groups.

The Naga groups said: “We are left with no other option but to go by the desire and aspiration of the Naga People, i.e., ‘Solution not Election’.”

The anti-solution stance of Nagaland BJP President Temjen Imna Along and his cohorts have greatly hampered the progress and fruition of the Naga political talks, a statement issued by the NNPG said.

It claimed that the evasive maneuver, non-committal attitude, and arrogance of the Nagaland BJP President have gone beyond tolerance.

Never once did he exhibit genuine concern and commitment for the Naga cause, the statement said, adding that on November 9 last year, the working committee of the NNPG had written a letter addressed to state BJP chief for a meeting on crucial matters.

“A man (Temjen Imna Along) devoid of any principle, opportunist and morally bankrupt, he is responsible for misleading the Naga people and betraying the BJP leadership in Delhi. NNPG will not allow such a man to represent the Nagas, either at Kohima or in Delhi,” the statement said.

The NNPG said that in 1998, the Congress went against the wishes of the Naga people by going ahead with election, instead of a solution.

“They (Congress) assumed power uncontested. They failed to honour the people’s demand and rather believed that they had wiped out all the other regional parties in Nagaland. The Naga people responded by promptly showing Congress an exit door. Sadly, the Congress is struggling to regain the confidence of the people.

“After assuming state BJP leadership, Temjen Imna Along, a conman and a trickster, has fiddled with the Naga political issue and played every dirty trick in the book to thwart the progress of the Indo-Naga talks. The treacherous habit of the state BJP leadership has deeply eroded the Naga people’s confidence,” the statement said.

Noting that the NNPG is the messenger of the Naga people, the outfit said that it has negotiated with the Central government in accordance with the desire and aspirations of the people.

The statement said that the politics of ‘election for solution’ of 2018 has failed.

A political solution is what the Naga tribes and civil society groups anticipate. If elections are enforced on Nagaland against the people’s demand for an honourable and acceptable negotiated political settlement, men like Temjen Imna Along will most certainly ensure a wipe out of the BJP from Nagaland, the statement said.

Just like Congress’ debacle in 1998, a similar fate is staring at the face of Nagaland BJP, the strongly-worded statement said. (IANS)