CM reacts to recent tear gas incident, says not in favour of violence

The CM said that the police may have used tear gas since they might have thought it was the simplest way to disperse the crowd. 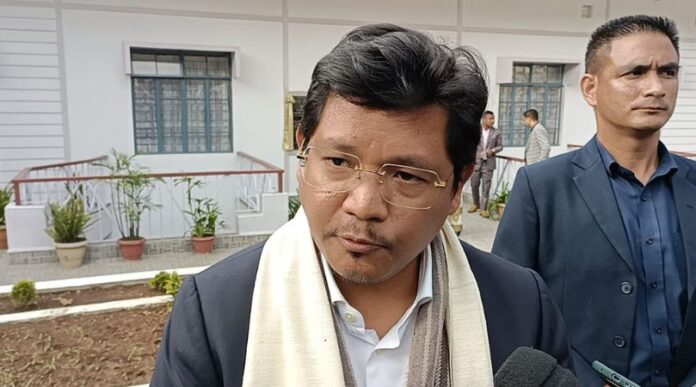 Chief Minister Conrad Sangma on October 27 said that he is not in favour of violence in any situation.

Asked on the recent tear gassing of contractual teachers while they were trying to march to the state secretariat, the Chief Minister said that he believes that dialogue is the best way forward.

“In that situation there were conflicting and complicated circumstances, the permission to come to the secretariat was not given and Section 144 CrPC was imposed,” he said.

Sangma also admitted that there were not enough women police on the particular day.

The Chief Minister said that if proper communication in terms of permissions had been given the system would have been much smoother. He said that the police may have used tear gas since they might have thought it was the simplest way to disperse the crowd.

However, Sangma said that it would be difficult for him to say without really understanding what the officials in the field went through at that point in time and what led to the decision.

“But what is more important that nobody was seriously hurt,” the Chief Minister said.

According to him, the government is trying to find ways and means to explain and also be able to give some benefits in terms of age consideration.

Meanwhile, Sangma also says that he does not think that it is possible that there are ghost schools in the state. “Ghost schools” means it is there in name only and does not exist physically.

“There could be a possibility that the schools are there but there are no students,” Sangma said, adding that there are schools which have very few students.

Stating that these are the challenges but he has not come across specific proof to be able to agree to the existence of “ghost schools” in the state.

“But if there are schools like that, action will be taken,” the Chief Minister said.

He also informed that every year the cess on minerals averaging Rs 50 crore to Rs 60 crore is used for the education sector.

“But in the past it was not used for education. But after our government came in, since it was collected for education purposes, we started using it,” Sangma said.