Conflict between need and greed

As India moves forward to become the new manufacturing hub of the world, it is most unlikely that SCO will be able to become a forum for regional peace and economic cooperation. China, it seems, will use all means available to sabotage India. 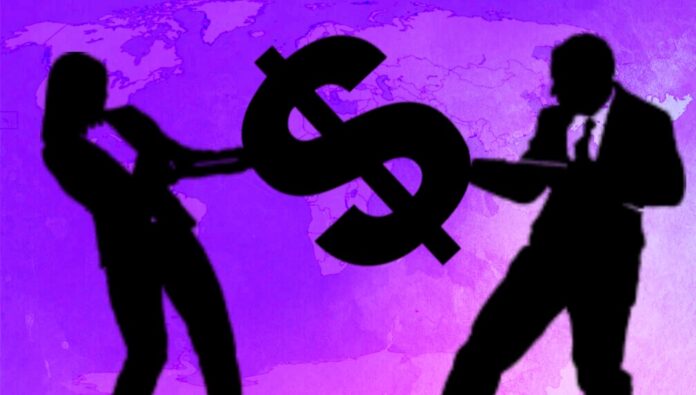 The Economist magazine has termed the Shanghai Corporation Organisation (SCO) a ‘Talking Shop’ and perhaps rightly so. Once again vital regional challenges such as cooperation, connectivity and economy that the region faces have been ignored at the 22nd SCO Summit held in Samarkand, Uzbekistan, on September 15 and 16.

At least four of the permanent members of SCO are at loggerhead with each other or with their immediate neighbours. The Russian war in Ukraine has created uncertainty about the global supply of gas and oil.

Pakistan is grappling with terrorism in its northern region of Khyber Pakhtunkhawa as well as wrestling with armed separatists in southwestern province of Balochistan. Diplomatic tensions run high with Afghanistan after Pakistan accused the former of providing the UN designated terrorist Masood Azhar with sanctuary.

India is busy tackling terrorist infiltration from Pakistan as well as serious border tensions with China.

It was obvious from the start that this summit will not be a collective consultative conference but will end up becoming an opportunity for SCO member states to hold one-to-one meetings on the sidelines.

On September 15, Chinese President Xi Jinping held a meeting with the president of Uzbekistan signing a $16 billion investment deal. Another deal sealed at the SCO summit sideline meetings was that between Russia and Uzbekistan which amounts to $4.6 billion.

Russian President Vladimir Putin met with his Turkish counterpart Recep Tayyip Erdogan in which Russia promised to support the country becoming a permanent member of the SCO in return for Turkey not to object to the gas pipeline of which 750 km has already been laid down via Iran and needs to be built a further 250 km into Pakistani territory.

During a half-an-hour closed door meeting held at the Summer Palace residence of the president of Uzbekistan between Xi Jinping and Erdogan it is believed that a billion-dollar grain deal was struck which will enable China to earn billions of dollars from Turkey.

The Prime Minister of Pakistan choked several times during his speech to the summit describing that his country had turned into “a sea of water”, but no collective relief package was offered, leaving him high and dry.

Moreover, the SCO summit failed to persuade Putin to end the devastating war in Ukraine or for that matter the China’s illegal economic expansion into the disputed territories of Gilgit-Baltistan under the guise of the so-called CPEC, which is part of her larger Belt and Road Initiative programme.

The Russian president and Chinese head of state both seemed to have come to a trade fair. Both were cutting trade deals left, right and centre. Putin was negotiating the price of gas and oil sale to pauper Pakistan and Xi was expanding Belt and Road Initiative into central Asia via Uzbekistan.

The purpose of the summit should have been to collectively find solutions to the menace of terrorist, slack connectivity and solving the energy crisis. Instead it ludicrously became an exercise of collective inaction.

Tensions among SCO member states run so high that the Indian Prime Minister Narendra Modi was unable to hold a one-to-one meeting with his Pakistan and Chinese counterparts.

One of the main reason for SCO summit to fail to come up with a joint declaration seems to be the lack of will of both China and Russia to withdraw from their desire to expand their hegemonic influence among their economic and political spheres.

None of the above countries initiated a debate in their home countries for peace and reconciliation. The war jingoism which has become the benchmark of Xi’s politics has antagonized the wider Chinese population to an extent that to reverse that could become a cause for Xi’s downfall.

Therefore, there was no collectively agreed agenda for the summit to discuss. No pre-summit discussion was held among the leaders of the member countries which would have been a precursor for any productive road map.

The only country that stood its ground was India as Modi moved among the world leaders like a sage advising Putin to consider peaceful means to forward his diplomatic ambitions.

India has become the fifth largest economy of the world surpassing the UK. As India moves forward to become the new manufacturing hub of the world, it is most unlikely that SCO will be able to become a forum for regional peace and economic cooperation. China, it seems, will use all means available to sabotage India.

Modi’s advice to Putin that this was the era of peace is the key approach to achieve regional peace which in turn is vital for the region.