During the programme various stakeholders who were involved with the NEOG 2022 offered their feedback, experiences and suggestions. 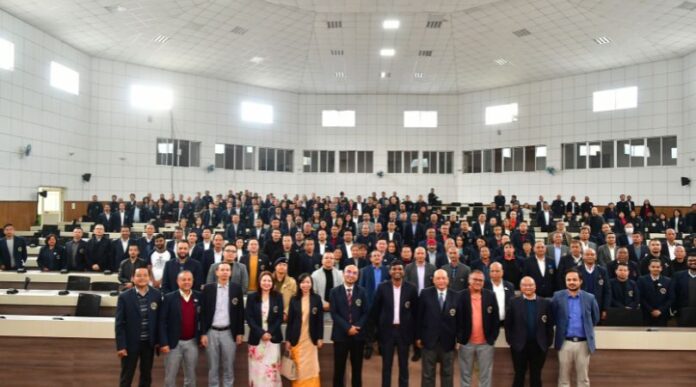 Kumar D while delivering the felicitation address, stated that there is a need for such a get together because of what the various committees have done to make the NEOG a success. He informed that it also acts as a platform from where the committees can share their stories and anecdotes and also to learn from their experiences.

While lauding the collective efforts put in by the various committees in the success of the games, he said that Meghalaya has through the North East Olympic Games demonstrated that anything can be achieved when efforts and commitments are put in regardless of the various constraints.

He also informed that a Coffee Book will be published soon documenting the various events of the North East Olympic Games but an intensive documentation of the same will be done by the East Khasi Hills Deputy Commissioner.

During the programme various stakeholders who were involved with the NEOG 2022 offered their feedback, experiences and suggestions.