The Shillong Cantonment Board (SCB) on Monday evicted and demolished 35 houses and 10 shops, which were illegally constructed on its land in the Jhalupara market area.

The eviction drive was conducted in the presence of a district magistrate and police personnel.

The drive faced stiff opposition from people who had illegally constructed the houses and shops at Kat Godown Mawbah. 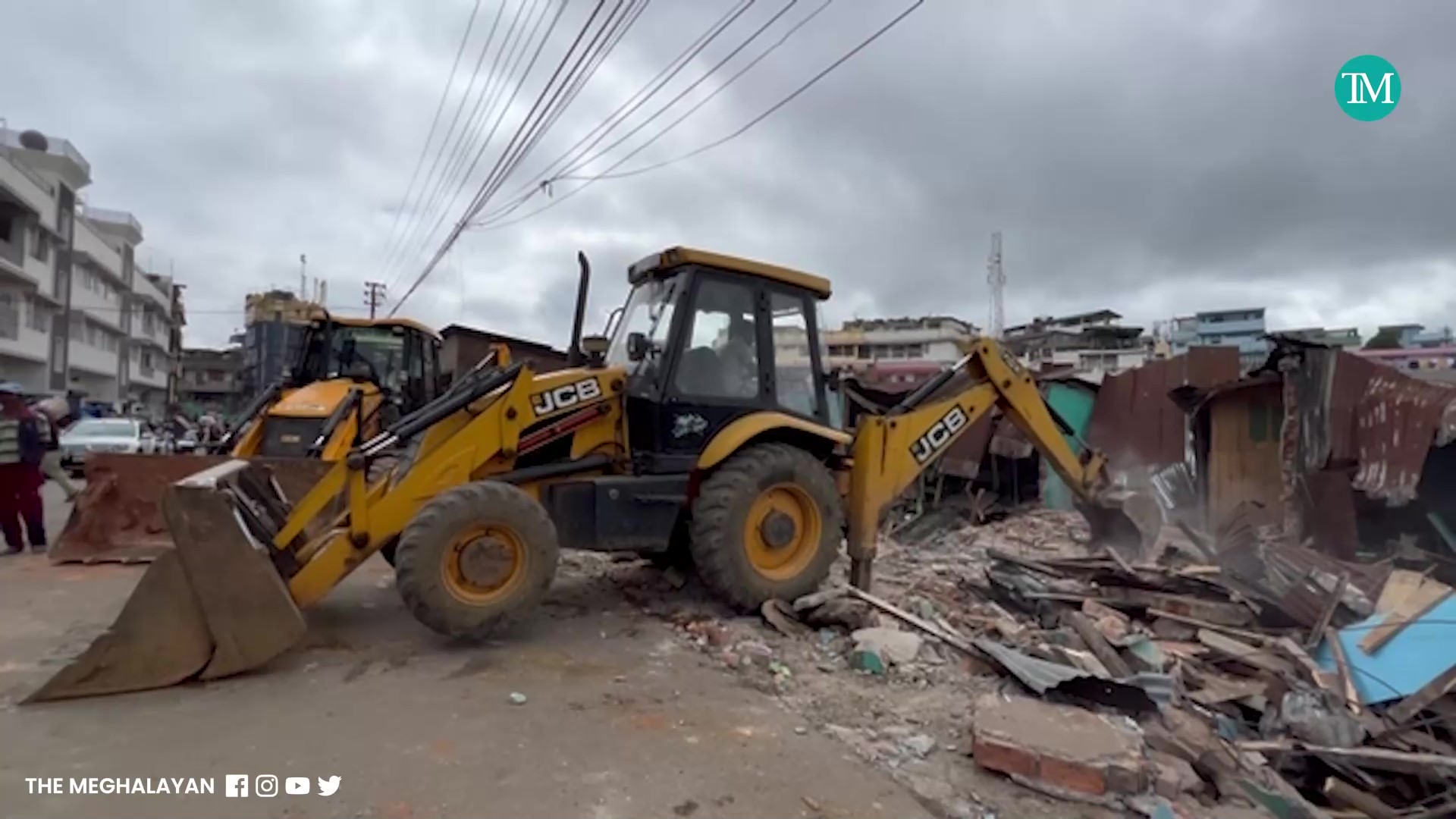 Speaking to reporters, one Vicky Lyngwa alleged that the SCB had not issued any notice to the tenants and that the action by the board was a violation of human rights.

“We understand that the land might belong to the government or the land might be in dispute but on humanitarian grounds, the board should have given us time to shift all of our belongings,” said Lyngwa.

Other residents alleged that the police personnel and the district administration did not pay heed to their plea but used force to take out their belongings before dismantling the shops and various rented houses.