Tinsukia district shares a long boundary with Arunachal Pradesh and there are 36 villages under Margherita sub-division that are along the Assam-Arunachal border but only six villages are disputed areas at present. 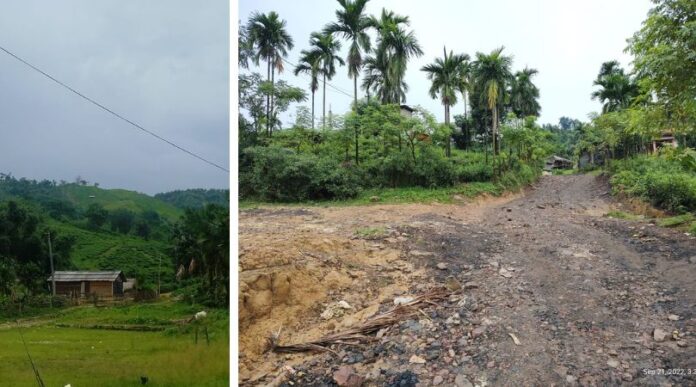 Villagers of six tribal villages along the Assam-Arunachal Pradesh border have opted to stay with the latter after the government at the Centre and the state ignored the development of their areas and the welfare of the people for many years.

Saliki Naga Sema Village, which was settled in 1925 before the country’s independence, is under Tirap Tribal Belt of Margherita sub-division of Upper Assam’s Tinsukia district. More than 8,600 people belonging to Sema Naga, Tangsa, Singpho, Tai Ohakey, Lotha, Ao and Wangchu communities have been living here for more than 200 years.

“We are the permanent inhabitants of the aforesaid foothills. We were brought here by the British in 1881. Our forefathers had moved out of Naga Hills and reached this location to work in colliery, brick plants and oil exploration units. Our forefathers were also engaged in land survey for NEFA (North East Frontier Agency), and lastly, for the construction of Stillwell Road in 1942 from Ledo to Pangsau Pass to Kunming in China. We have been living here but our existence has not been made evident to the larger knowledge of the people of Assam,” said Heklya Sema, Gaon Burah Saliki Village.

“We have not been granted Schedule Tribe (ST) status in Assam. The Assam government has not extended any benefits to us. We have no land patta. There is no infrastructure, no school, hospital or any other government office. We are forced to opt to stay with Arunachal Pradesh,” said Kahoto Sema, chairman, All Assam Sema Naga Council.

“A few days ago we were invited by Tinsukia DC for a meeting in which he told us that Saliki Sema Naga Village would remain as Proposed Reserve Forest (PRF) and each Sema Naga family will get 2 hectares of land with land patta. Unfortunately, the forest department declared Saliki Sema Naga village a Reserve Forest without a discussion with us. We are very much upset with this. In 2006 the Congress government assured us to provide land pattas to all Sema Naga villagers as part of the Forest Dwell Act 2006. However, they did not execute it in letter and spirit,” Sema said.

The people living in the Tirap Tribal Belt have been demanding a separate Autonomous Council with sixth Schedule status like Bodoland Territorial Region (BTR).

“But this demand is yet to be accepted by the government. If the Assam government continue to ignore us, we will have no other option to follow the path of the villagers of Wara Village, Phinbiro No 1 and No 2, Hacheng Kan, Jopa Kan and Bomgara village, who have already decided to merge with Arunachal Pradesh,” Sema added.

Tinsukia district shares a long boundary with Arunachal Pradesh and there are 36 villages under Margherita sub-division that are along the Assam-Arunachal border but only six villages are disputed areas at present. Like Saliki Sema Naga Village, the people of Malu Pahar No 2 and No 3 also decide to merge with Arunachal Pradesh due to continuous betrayal by the Assam government in the last years.

“Even after 75 years of independence and at a time when our country is celebrating Azaadi Ka Amrit Mahotsav, our Tangsa community has been deprived of basic amenities,” said Jannya Hakhun, a postgraduate student from Dibrugarh University.

Tangsa community is one of the largest communities in the Northeast, but the people are living in a miserable conditions. There is no school, health centre, no safe drinking water in Malu Pahar village. In addition to this, they have been living in utmost fear of the “outside people” working on the colliery. There are 700 Tangsa people at Malu Pahar.

“I didn’t get a job in the Assam government even though I have appeared for written test for several posts,” said Jannya Hakhun.

Malu Pahar is considered to be part of Arunachal Pradesh even as it falls under the administrative set-up of the Assam government. There is no sign of the Assam administration in these areas.

“We believe that we will develop if we merge with Arunachal Pradesh,” Hakun added.